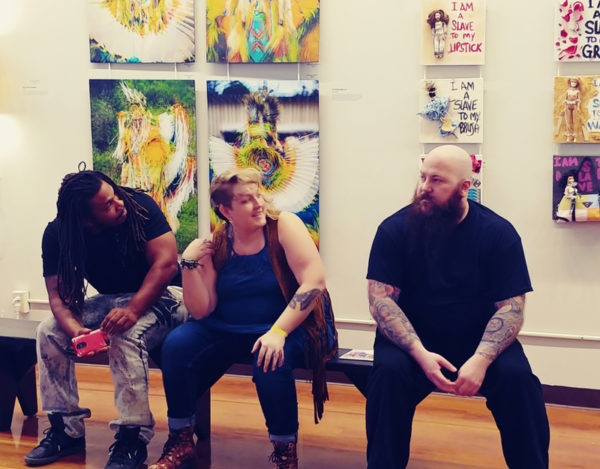 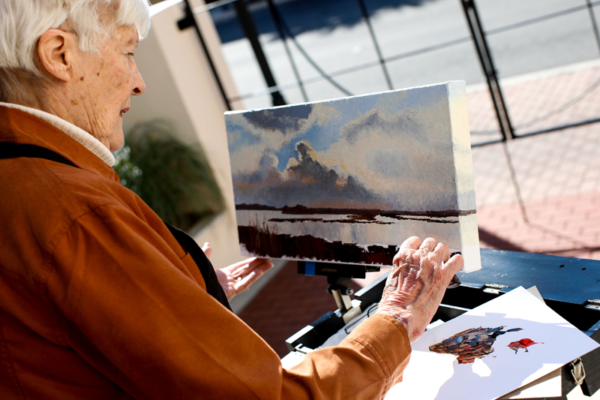 Marion Cultural Alliance (MCA), a nonprofit, 501(c)3 was established in 2001, with its inaugural effort, the Horse Fever public art project. MCA’s mission is to champion, convene, and create opportunities for artists and arts organizations. MCA supports activities relating to the arts, historical and scientific museums, and specific education through grants, advocacy, fundraising, and partnerships.

MCA has donated over $1.5 million to the arts and other charitable organizations in Ocala/Marion County and established a Cultural Endowment fund of $900,000. MCA has supported local arts organizations with over $450,000 through its annual Cultural Grant Awards.

MCA also operates the Brick City Center for the Arts, a popular art gallery, located in historic downtown Ocala. Monthly rotating exhibits feature art by regional artists. The venue, and its adjacent courtyard, is a sought after rental for special events.

Our mission is to

MCA is a champion of the ARTs in Marion County. We champion grants to help ARTists, ART Organizations, educators, school projects and much more. MCA pARTners with organizations to bring culture of all types to our community, whether it’s music, theater, or artwork.

MCA convenes the ARTs for both ARTists, businesses, ART enthusiasts and collectors. We do this by supporting activities, initiatives and programs relating to the arts, fine arts, historical and scientific museums through grants, advocacy, fundraising and partnerships.

MCA is located at The Brick in the heart of downtown Ocala. Our gallery exhibits change monthly and also has a store where artwork is sold.

MCA creates opportunities for artists and organizations to develop their talents and learn how to make art their business. For example, MCA partners with the CEP to host bi-annual workshops for ARTrepreneurs titled, “How to Make Your Art Your Business.” We offer grants to ARTists providing opportunities into their field.

We are passionate about our community, artists, and artist organizations. Our vision is to empower, encourage and provide opportunities for expression for each of these groups. We hope to have a lot of fun in the process!

How Marion Cultural Alliance Came To Be

In the early 1990’s, a group of volunteers gathered at Brick City Center for the Arts, a joint venture of the city of Ocala and College of Central Florida. A gallery was established in the heart of historic downtown Ocala and was a catalyst for the revitalization of downtown Ocala.

As our community grew and changed, so did we. Marion Cultural Alliance (MCA) was formed in the fall of 2000.

The timing coincided with what started out as “Cow-Art” and grew into a world-wide exhibit where communities participated. This project combined a love of art with animals in a whimsical and uplifting way and became a national phenomenon. The art produced was incredible, it created a community identity, philanthropy, and civic pride in every community that participated.

A group that included Ellen Gilchrist, Stew Robinson, Laurie Zink, Jessica McCune, Rus Adams and Paula King, inspired this public art movement by recognizing we lived in the Horse Capitol of the World.

Our goal was to channel our passion for the ARTs into something relevant and lasting. A plan began to form.

Marion Cultural Alliance was formed, and Horse Fever became Ocala’s very own celebration thanks to the talented visual artists, dedicated and visionary volunteers, generous sponsors, and a city that loves horses.

Not even the terrorist attack of 9/11- two weeks prior to our horses’ debut – could dampen the power of these amazing four-legged expressions of community pride. In fact, the terrible event underscored the power of art, by showing how art convenes.

Take a look at our video. You’ll see highlights of our first 15 years, what we’ve done with the over $2 million raised by Horse Fever and other efforts, and perhaps be inspired to join us as we champion, convene, and create into what promises to be an incredible future.